Be it known therefore unto you, that the salvation of God is sent unto the Gentiles, and [that] they will hear it. (KJV)

I regularly come in contact with the view that the above posted Bible verse is a “boundary marker of dispensations”. Those holding this view believe that whatever happened prior to this verse has to do with the restoration of the Kingdom to Israel (Acts 1:6) and anything that follows this verse, does not. As a result, this text divides for them Paul’s letters into two. What was written before Acts 28:28 deals with Israel and the Kingdom and only, then, does the ecclesia, as the Body of Christ, come ‘into the picture’. What Paul, for example, wrote to the Romans, the Corinthians and Thessalonians (before Acts 28: 28), according to this view, does not apply to the ecclesia, today. The major consequences of this view, are for the moment not the issue. I wish to confine myself to Acts 28:28, itself. The point is, we must read very carefully. When we zoom-in on this verse, it becomes evident that there is no mention made of “is sent to the gentiles” (as many translations show), but literally it says:

Let it be known to you, then, that to the nations was dispatched this salvation of God, and they will hear.” Acts 28:28 (CLV)

Here, the same grammatical form is used as in Luke 1:26: “Now in the sixth month the angel Gabriel was dispatched from God ….”; past tense. Paul refers in Acts 28:28 to a time in the past and not to a current event, in Rome! Paul makes the leaders of the synagogue aware of a truth which he preached before in other synagogues, namely, that because of Israel’s unbelief the salvation of God had gone to the nations. This is characteristic of Paul’s “Evangel of the Uncircumcision” (Gal.2:7). The name Paul is also derived from this switch, when he, for the first time, preached to a gentile (called Paul!), while a Jew tried to hinder him. On that occasion, Saul became known, from then on, as Paul (Acts 13:9). Acts 28:28 mentions indeed a boundary. But note well: a boundary that was established already in Acts 13. Since that time, the salvation of God was sent to the nations. And that fact, Paul had preached everywhere in the synagogues.
More about that the next time.part 2 part 3 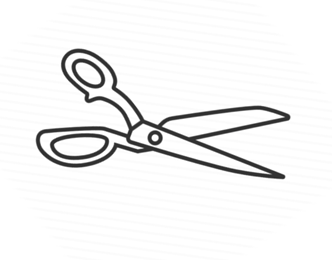