| Blog English | Absurd opposition against ‘reconciliation of all’

Absurd opposition against ‘reconciliation of all’


I received an article in which was written in bold letters: “the reconciliation of all is a gigantic heresy!” To limit myself in this blog to what the writer specifically says about that issue, I quote:

In Colossians 1: 19 and 20 we read a text that is considered one of the most important texts by ‘reconcilers of all’. It says: “For in Him the entire complement delights to dwell, and through Him to reconcile all to Him (making peace through the blood of His cross), through Him, whether those on the earth or those in the heavens.” ‘Reconciliation of all’ says: ‘here it is stated quite clearly that at the end everything and everybody will be reconciled with Christ!’ But that is not true, for if you read a little bit more of the words of Paul, you can see that this reconciliation of all things is linked to the condition one has to believe here and now. For verse 23 tells us: “since surely you are persisting in the faith, grounded and settled and are not being removed from the expectation of the evangel which you hear…” Also in other verses, you can read that Paul himself believed in a permanent loss of those who reject Jesus.

Colossians 1: 20 shows that God, through the blood of the cross, reconciles ALL to Him. Colossians 1: 21 speaks of those who are already reconciled NOW. That means that the reconciliation process is still going on. As long as, on earth or in heaven, hostile or estranged creatures exist, reconciliation of all has not been realized yet.

And at last the writer’s argument that reconciliation of all should not involve “all”, but is ‘linked to the condition that one must believe here and now:

… verse 23 tells us: since surely you are persisting in the faith, grounded and settled and are not being removed from the expectation of the evangel which you hear…

This is not only a non-argument, it returns as a boomerang against the writer himself. Paul evoked the Colossians to keep in faith and ‘in the hope of the Evangel’. The meaning of that hope, Paul just explained in Colossians 1: 20: that God reconciles all with Him, through the blood of the cross. That is the hope of the Evangel! The one who moved away of that, did not stand firm in the faith and the expectation of the Evangel. Let alone orthodox Christianity that denies this expectation categorically, already since the fourth century, calling it ‘a huge mistake’. Colossians 1: 23 speaks about Christianity that has been removed from ‘the expectation of the Evangel’. And thus they kept an evangel without hope and therefore it is no evangel.

That is what I call a huge mistake! 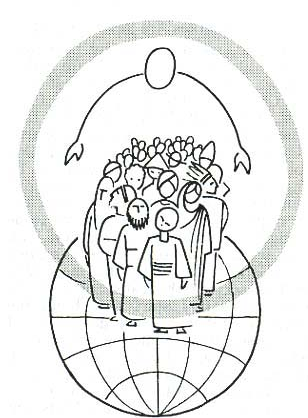