| Blog English | a vision on the mountain

a vision on the mountain 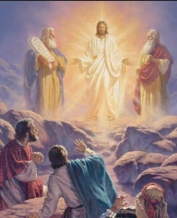 Verily I am saying to you that there are some of those standing here who under no circumstances should be tasting death till they should be perceiving the Son of Mankind coming in His kingdom. -Matthew 16:28-

mysterious Jesus spoke these mysterious words in the region of Caesarea Philippi (16:13). The text has given theologians many headaches and the explanations are quite diverse. Many have concluded that since all of the disciples, who were standing there, have long ago died, Jesus, therefore, was mistaken. Others argue that this text is proof that the return of Christ has taken place, already, but apparently in secret. Both of these explanations are wrong. wrong track Here we encounter, indeed, a bad side of our chapter format of the Bible. It is extremely useful for searching and the retrieval of passages and phrases, for dividing them into chapters and verses. But having, after Matthew 16 verse 28, the beginning of a new chapter, the reader is put on the wrong track. This is so because the happenings of the transfiguration on the Mount, in Matthew 17, is the explanation of this verse! contradictory? The parallel section in Luke 9:28 begins with:

Now it occurred about eight days after these sayings, taking along Peter and John and James also, that He ascended into the mountain to pray.

“… Eight days after these words,” connects the foregoing with the following. The specified time in Luke seems contrary to what Matthew 17:1 says, that it was after “six days”. But this contradiction disappears, when we realize that Bible days are not named but numbered. Sunday is the first day, Monday, the second day, the sixth day Friday and thus Saturday, “after six days”. The transfiguration took place on the seventh day of the week, the Sabbath. If the words of Mat.16: 28 were delivered on a Thursday, then we come “after eight days” out on the Sabbath. This is very significant, because this day is a model for the kingdom, the Millennium in which the Son of Man (Ben Adam; Psalm 8:5) will be King in this world. preview What the three disciples, were given to see, eight days after Jesus’ promise, was a preview of the coming of the Ben Adam in His Kingdom. They saw on the high mountain (Hermon) Jesus undergo a metamorphosis (Mat.17:2). His face shone like the sun and his clothes were white as the light. This corresponds to the description of when Saul met the risen Christ on the road to Damascus (Acts 26:13). And also with that of John, who “in [the] spirit, in the day of the Lord” (Rev.1:10) came face to face with the resurrected Christ (Rev. 1:16).  Besides, also Moses and Elijah “appeared in glory” (Luke 9:31), an expression which is typical of the resurrection (compare 1Cor.15: 43; Colossians 3:4.). Neither Jesus nor Moses nor Elijah had already risen, but the disciples were permitted a glimpse into the future. Hence, even Jesus, Himself, afterwards declared:

And, at their descending out of the mountain, Jesus directs them, saying, “Now you may tell no one of THE VISION till the Son of Mankind may be roused from among the dead. -Matthew 17:9-

This word ‘vision’ is also used in Acts 11:5, where Peter tells us:

I was in the city of Joppa, praying; and I perceived, in an ecstasy, a VISION, a certain utensil descending, as a large sheet with four edges, being let down out of heaven; and it came as far as me.

And in Acts 12:9, we read of the same Peter, who was freed from prison by an angel:

And, coming out, he followed him. And he had not perceived that what is occurring by means of the messenger is true, yet he seemed to be observing a VISION.

Peter thought he saw a vision, but it was reality. What, however, he had experienced on the high mountain with James and John, was not reality, but only a vision.