For Christ does not commission me to be baptizing, but to be bringing the evangel, not in wisdom of word, lest the cross of Christ may be made void.

“The Twelve” were once sent out to disciple and baptize all nations (Mat. 28).   Paul did not have that mission. He also does not belong to “the twelve”; his calling and mission are separate from them. He does not represent a believing Israel going to the nations. No, Paul was called as ‘foreigner’ to make Israel jealous with his ‘pagan gospel’, “the evangel of the uncircumcision” (Gal 2:7).

Rituals do not play a part in Paul’s evangel. Paul’s message was therefore not attractive to religious people. And to the Greeks, who sought wisdom in learned rhetoric, it was neither. Paul had a very solid message to report. But for a world that wants to be impressed through the senses, his good news was a turnoff. Paul came to tell of a crucified Christ. But where it ended to the world , Paul’s evangel began (15:3). A man nailed to the cross is the opposite of attractive. A foolish approach from a PR perspective. But that is precisely the point! Foolish in the eyes of humans… 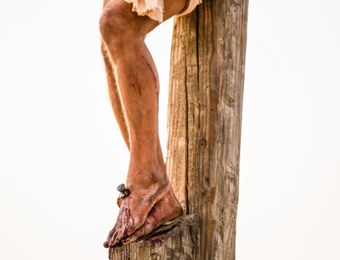