Is Allah the same (as) God?


This week I read a discussion about the question: Is Allah the same as the God we know from the Bible?

Strictly linguistically that could hardly be a question. Because as the French say Dieu, the Spanish say Dios and the Germans say Gott, the Arabs say Allah. That word is not an Islamic invention, and also not exclusive to the Koran and related sources. Allah is the Arabic word for God.

Another thing is the question: Is the Allah of the Koran the same as the God of the Bible? Then we must be careful. Because the Bible and the Koran show both similarities and differences. Similarities are, for example, that God / Allah is the Creator of heaven and earth, the only God, who revealed Himself to Abraham (Ibrahim) and Moses (Musa) and Jesus (Isa). Those (and much more) are connections between the Scriptures and the Koran. But not less important are also uncountable differences. In the Koran Allah instructs Ibrahim to sacrifice Ishmael instead of Isaac, as the original writings of the Bible teach. According to Islam, God has explicitly no son, which is also printed on the Muslim Dome of the Rock in Jerusalem. Isa would not have died on a cross and has never been risen from the dead. Therewith the Koran cuts the heart out of the books of the Bible.

So, the way in which Allah is represented in the Koran differs greatly from the God of the Bible. In the Bible, God is love – a notice that we will never find in the Koran. Is the God of the Koran consequently a different one as the God of the Bible? It is this question that usually leads to a stalemate. It seems impossible to answer it with an unequivocally yes or no. Because it all depends on the facet on which we focus. When the Koran speaks of Allah as the one Creator of heaven and earth, then this must necessarily be the same as we encounter in the Scripture. Because there is only one God, the Creator of all things. But when the Koran, however, says that Allah does not have a son, this Allah is obviously not the God of the Bible. Everything in the Bible is about the unique (only-begotten) Son of God who was resurrected from death, also by Him.

The God of Judaism

The question ‘Is the Allah of the Koran the same as the God of the Bible?’ can also be asked about the God of Judaism or about the God of Christianity. But seldom have I heard that question asked. Judaism does not believe in the God and Father of Jesus Christ, but do they serve another God for that reason? I never read that in the New Testament. When e.g. Paul brings the Evangel to the Jews in the Synagogue, he always does it invoking the same God, Who he and they serve (Acts 13: 17, 26).

The God of Christianity

And how about the God of Christianity? Is He the same as we know in the Scripture? That is equally debatable. According to the orthodox Christian doctrine since ‘Nicea’ God is a trinity which is a huge mutilation of Biblical monotheism. We can also say that it is polytheism. Because with Paul I say: “For us there is one God, the Father” (1 Corinthians 8: 6). That is He who was called by Jesus Christ, when he was on earth, ‘the only true God’ (John 17: 3). Is not that fact incompatible with a doctrine that speaks of ‘God the Son’ and ‘God the Holy Spirit’? Is not even Islam on this issue many times purer than Christianity?

Does everyone who calls the Allah of the Muslims an idol, realize how destructive the consequence of this is for Christianity? Because, if the Muslims serve an idol, do christians serve idols also?. If not then one uses double standards. It seems much better to me, to follow the example of Paul, who linked up with his audience in the Synagogue and spoke about ‘The God of our Fathers’ (Acts 22: 14). He was looking for a common basis and from there he told the Good Message. Even on an openly polytheistic stage in Athens he found a connection with the minimum knowledge of God of his audience. The unknown God, for whom they erected a monument, was made known to them by Paul (Acts 17: 23). In their idol he found a connection to preach the one true God.

Is not this performance of Paul much more fruitful, than accusing Muslims (who claim nota bene rightly to be monotheists) of serving an idol? 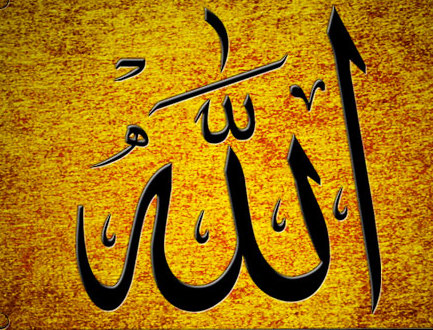