…for from the beginning is the Diabolos sinning…

There has been much speculation about how the diabolos (= the devil) came to sin as the first creature. It is believed that he was first a cherub or angel who later fell into sin. Passages that speak of the prince of Tire (Ezek. 28) or the king of Babylon (Isa. 14) are then applied to him. But that has little to do with Bible-explanation. It is bible-interpretation.

Why not just take the above text directly about the diabolos as it stands? We know of the first human couple that they sinned some time after their creation (1Tim.2: 14). The diabolos, on the other hand, sinned from the beginning. GOD himself created the serpent (Gen.3: 1). That he has been from the start. Nobody made themselves. Neither did Satan.

Do we blame GOD for the sin that came into the world? No, we are honoring Him for knowing what He was doing when He also created this creature. Sin may go against God’s will – there is NEVER anything outside of his counsel or intention (Prov. 16: 4). GOD makes no mistakes or mistakes. All is out of Him, through Him and to Him! 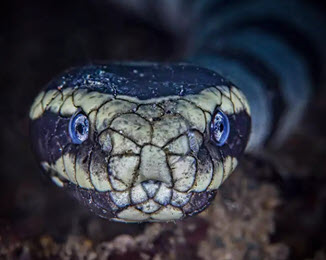