Are you not aware that those racing in a stadium are, indeed, all racing, yet one is obtaining the prize? Thus be racing that you may be grasping it.

The view Paul projects was a very well known for the Corinthians. For every two years major athletic games were organized in Corinth: the so called Isthmian Games. Beyond the Olympic games the most popular sport event in these days. Everybody knows that, no matter how many runners participate in the game, only one can win the prize. The line of thinking here isn’t that only one believer should win the incorruptible prize (note the plural “we” in verse 25). No, the lesson is that like every athlete gives the best for the trophy, every believer would run like that.

The athlete is fully focussed on winning. Focussed means: having only one purpose and waive other ones. Eating or drinking, conflicts, pain, struggles, etcetera… for the athlete in the stadium it all doesn’t count. He has only one purpose.

For the successful accomplishing the race of the believer, only this athlete’s mentality counts. The only thing that’s honoured, is going for ‘gold’. Incorruptible glory. The rest is ballast. 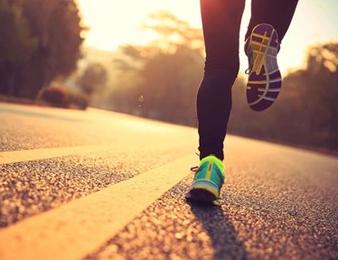