… nevertheless for us there is one God the Father…

No confession in Scripture is as fundamental as the recognition of “one GOD” Israel was told (Deut. 6:4-9) to imprint it on the children and always speak of it. The so-called ‘sjema Israel’ –   hear Israel! It would be a sign on the hand and a brow-band between the eyes. One would write it on the doorposts of the house and in the gates.

Later Jesus repeats the ‘sjema Israel’ (Mar. 12:30) in response to a scribe. The ‘sjema Israel’ is the first commandment of all commandments. And the scribe confirmed Jesus’ answer with: “In truth, Teacher, Thou sayest ideally that He is One and there is no other more than He”. Do you hear well? “He”, that is singular, óne individual, óne person. “One God the Father”. They are only four words, but they are as clear as glass. No mystery. Not “one being, three persons” as the teaching of the trinity claims. That is a smokescreen of words and, moreover, terminology that is unknown in Scripture. Also no “God the Son” as the above doctrine contradicts Paul. No “one GOD, the Father”! 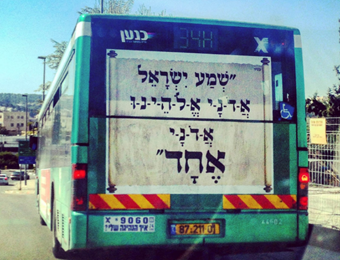