Yet if the unbeliever is separating, let him separate. A brother or a sister is not enslaved in such a case. Now God has called us in peace.

The English saying goes: ‘It takes two to tango’. That certainly also applies to marriage. The believer may well be in the position to stay with the unbelieving marriage partner, but if the unbeliever decides otherwise, then it stops. The brother or sister does not have fight in order to maintain the marriage. No matter how regrettable the unbeliever’s choice may be, the believer can let him or her go with a clear conscience. The divorce is not to be blamed on the believer.

The great principle behind this is the following truth: “God has called us in peace”. No bitter divorce, no battle. If the other person does not want to stay, let him or her go. Here too, the believer demonstrates the atmosphere in which he was called by GOD. “In peace”. Not only no conflict or quarrel with the other person by wanting to force something on them. But even more: by accepting all circumstances in peace. Because there is one GOD who gives everything a place! 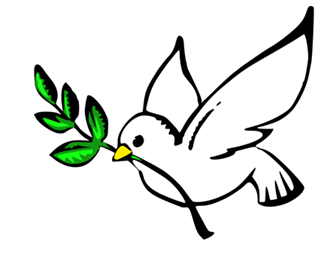