Now, concerning what you write to me: It is ideal for a man not to be touching a woman. Yet, because of prostitutions, let each man have a wife for himself and each woman have her own husband.

In this letter Paul addresses many topics about which he was either informed indirectly (e.g. 1:11) or (as here) approached with by correspondence. The Corinthians had understood that Paul was an advocate of a life in celibacy. He himself lived that way and later in this chapter (:7) he also advocated that.

But no compulsory celibacy. Because no matter how much value Paul attributed to the unmarried state, it would not be a stepping stone for prostitutions, that is, short-lived sexual relationships. In that case being single will miss her goal. As we noted earlier in 6:19, fornication (Gr. Porneia) means sexual intercourse with someone other than one’s own husband or wife. “For a man shall cling to his wife and both of them will be one flesh” (Gen. 2:24).

Never before in history than today, has it become so shockingly clear that compulsory celibacy leads to the most malicious forms of fornication. Even under the flag still of sexual abstinence! If only they had listened to the sober and wise words of Paul… 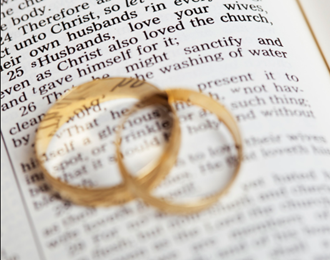