Yet if she should be separated also, let her remain unmarried or be conciliated to her husband. And a husband is not to leave his wife.

Marriage is a universal fact from the creation of Adam and Eve. Nevertheless, there are distinctions and every time and ‘household’ also has its own accents. The teaching in the law of Moses is different from that of Paul. For example, under the law there was room for polygamy. With Paul, on the other hand, it is always “one wife” (Tit. 1:6), just as marriage was originally intended.

Under the law of Moses, marriage is a conditional covenant. This is not strange, because the old covenant itself was also conditional. That is why it could also become a thing of the past. Thus we read that a man could send his wife away (when she found no grace in his eyes) with a letter of divorce (Deut. 24:1). In that case he was also not allowed to take her back (Deut. 24:2,3).

With Paul it is very different. Grace and reconciliation reign in his ministry. Paul also does not compare marriage with a covenant that can be broken but with the unity between head and body. Unbreakable! That is why there is always a way back. Behold the word of conciliation! 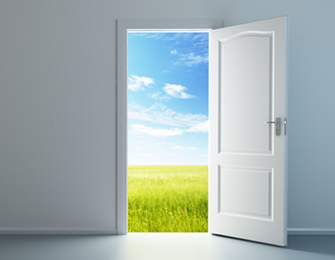