1 Corinthians 6:1 – seeking justice from the unjust?


Dare any of you, having business with another, be judged before the unjust, and not before the saints?

The questions of the Corinthians were all the result of a (what Paul called; 3: 1) fleshly mindset. They were focussed on and thought from “the flesh”, i.e. the human nature. However, Paul had shown them the Evangel, that counts from “the new humanity” and what we are in the risen Christ. That is a totally different mindset. Not fleshly but spiritual. Not focussed on what we see and feel, but on the truth that goes far above our senses.

Also, the subject that Paul now is going to bring in, could only be actual because the Corinthians were unable to relativize earthly things. A brother in the ecclesia proceeded against another brother. And Paul is astonished: How dare he? Such things one could only devise for they had no idea of who they really were. Were they going for their justice to “the unjust”, i.e. judges who didn’t recognize GOD, instead of “the saints”?! As we are put aside for the highest task which will come soon?! 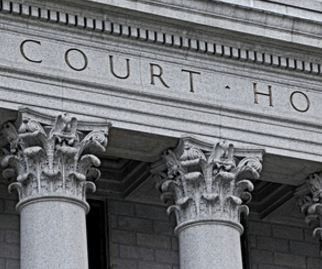