And he was seen by Cephas. Thereupon by the twelve.

Not all appearances of the risen Lord are listed by Paul. The first two apparitions in the morning to resp. Mary Magdalene and the other women are not taken into consideration. Also the appearance at the end of that day to the two travelers to Emmaus is not mentioned. But the appearance to “the twelve” that same evening should not be missing. Striking that Paul speaks about “the twelve”, although Judas was not there and neither did Tomas that Sunday. “The twelve” does not function here as a number but as the name of the group. That name remains, even if they are not complete.

Before his death, the Lord had told his disciples that the world would no longer see him, but they would (John 1:19). The first time the Lord appeared to “the twelve” was when they were together the evening after the resurrection. There was plenty to discuss. The empty grave but certainly also the minimum of four different appearances from which they had heard. The appearance to Peter in particular will have made an impression. After all, he was one of them. But the appearance to “the twelve” becomes the absolute pinnacle during those 24 hours … 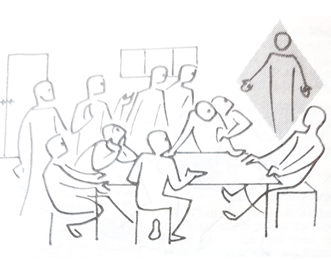