Thus it is written also, the first man Adam “became a living soul;” the last Adam a vivifying Spirit.

Adam was placed in the garden as a “living soul.” Then he became a dying soul outside the garden. And nine hundred thirty years after his creation, he ended up as a “dead soul”. From alive to dead. When we compare this with “the last Adam”, we see the exact opposite: from dead to incorruptible life! For on Calvary, Christ surrendered his soul to death to be roused and resurrected once for all three days later. As a firstfruits and as “last Adam” and thus also as a guarantee that all mankind will follow him in that way. “Each in his own class”.

There is indeed a connection between “soul” and “life”. But that connection is only temporary. Because she ends in death. Exactly the place where the “vivifying spirit” just begins. Where spirit and life definitively leave death behind! But it is not only LIFE (yes, with all capitals!) But also vivifying. For just as through Adam death passed on to all people, so through “the last Adam” Life goes on to all people!  Isn’t that an exciting message? 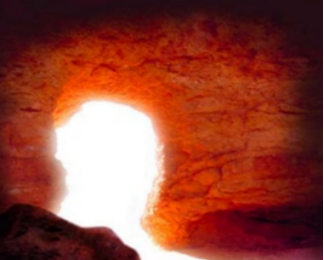