Thus also is the resurrection of the dead. It is sown in corruption; it is roused in incorruption.

Sowing is the image that Paul uses for burial in these verses. He who sows entrusts the earth with the expectation that new life will emerge from it. Paul mentions four contradictions between what is sown and what is roused.

The first contradiction is that of corruption and incorruption. Strictly speaking, we have no immortality in this world because all of creation is subject to “the slavery of corruption” (Rom. 8:21). Nothing is permanent here. We do know metaphors of immortality, such as gold and the olive tree. Both give an approximate impression of immortality. Gold is a metal that, unlike other metals, does not rust and is therefore called a precious metal. And because an olive tree is constantly rejuvenating, it can grow much older than most other trees. Sometimes thousands of years old!

Gold and an olive tree give us an idea of ​​the incorruptibility that awaits creation. It is Christ Jesus who destroys death and brings life and incorruptibility to light (2 Tim. 1:10). He is the Firstfruits and the absolute guarantee that all will follow! 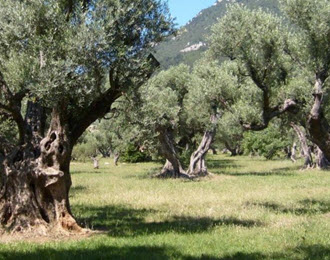