For He must be reigning until He should be placing all His enemies under His feet.

In the above words Paul refers to Psalm 110 where the Messiah is told to place himself at God’s right hand. “… until I make your enemies a footstool for your feet.” So first Christ puts himself on God’s right hand. That is the current situation. After that he will rule as king. And once he has placed all enemies under his feet, he will stop ruling as king.

The subject here is the subjection of all enemies. When Christ appears in his parousia he will kill the man of lawlessness by the breath of his mouth. He will also knock down enemy armies. The Bible even speaks of an unprecedented massacre in those days (Rev. 14:20). Enemies will also be killed during Christ’s rule. So that during Christ’s rule, death will serve to subordinate enemies.

But even though death is functional in God’s plan and also subservient in the establishment of the Kingdom, it conflicts with God’s ultimate goal of humanity, namely: Life! That is why death as the last enemy will be abolished. 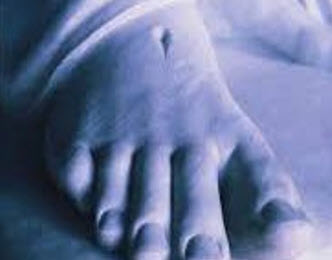