For God is not for turbulence, but peace, as in all the ecclesias of the saints. Let the women in the ecclesias hush, for it is not permitted to them to speak, but let them be subject, according as the law, also, is saying. Now, if they want to learn anything, let them be inquiring of their own husbands at home, for it is a shame for a woman to be speaking in the ecclesia.

Paul sets things straight here that played at Corinth. And what he says about speaking in languages ​​and prophesying was time-bound anyway. Because he announces that these expressions would disappear when the ecclesia were to mature (13: 8-10). Paul also does not prescribe that anyone should have anything in the meeting. He only finds that it was the case with them (: 26).

But the instruction that women should be silent is not a local matter. Because that’s how it went in all ecclesias. In addition, being subordinate has traditionally applied. “… let them be subordinate, as the law says”. By “the law,” Paul is apparently referring here, as in 14:21, to the Hebrew Bible. From the days of Adam, leading and preceding is a male function. Women would not be burdened with that. For Western people who set their own culture as a norm, that is hard to understand. Fortunately the Scriptures are above that! 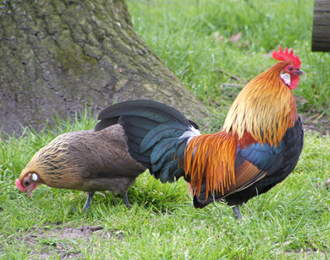