For it was made evident to me concerning you, my brethren, by those of Chloe, that there are strifes among you. Now I am saying this, that each of you is saying, “I, indeed, am of Paul”, yet “I of Apollos”, yet “I of Cephas”, yet “I of Christ.”

In the previous verse, Paul entreated the Corinthians to be “ through the name of our Lord, Jesus Christ” attuned to the same mind (:10). That one name is the foundation. There where that realization disappears, names of mortals take its place. And with that the inevitable division. And with it the inevitable division. And Paul is stunned that his name now was heard in the ecclesia of Corinth as a party name. Certainly, he was aware of his special calling and of what had been revealed to him. But who was Paul of himself? Not even worthy to be called an apostle because of his past (15:9)!

Paul, Apollos and Cephas were only servants of the Word. Once Paul had “planted” and Apollos had irrigated (3:5-7), but what does it matter who plants or irrigates? Why would they boast about it? It concerns the nutrition, the water and the light. And because of GOD who is the only one capable of causing growth through his Word. That is want counts. 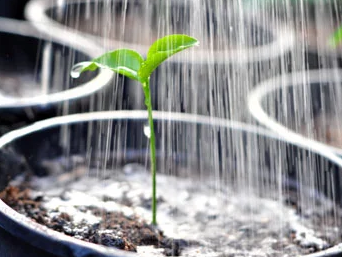