The cup of blessing which we are blessing, is it not the communion of the blood of Christ?

This is the first explicit reference in the letter to the joint meals. This will be discussed in much more detail in later chapters. Drinking form the cup during meals had a special meaning. For they remembered the night that the Lord was given up (11:23) and celebrated Passover with his own.

Of course, the Corinthians did not celebrate Passover; after all, many of them were not Israelites and therefore had no part of it (Ex. 12:48). But they remembered that Passover meal because the Lord had given special meaning to the cup (11:25). For the Corinthians too, the cup that went around with them, was a “cup of blessing”. The cup was blessed by thanking GOD for it (compare Mar 6:41 and John 6:11). Blessed while giving thanks!

The wine in the cup is a type of the blood of Christ. Not just of the blood of Jesus who died on Calvary. But the blood of him who died to be raised! That is how he became the Christ (Acts 2:36). The wine speaks of the victory over death. Lechaim- to Life! 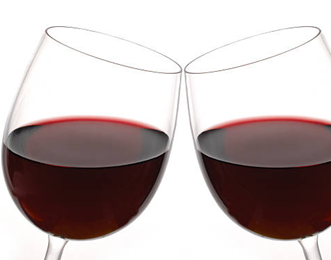