| Blog English | Whether an individual wants to or not?

Whether an individual wants to or not? 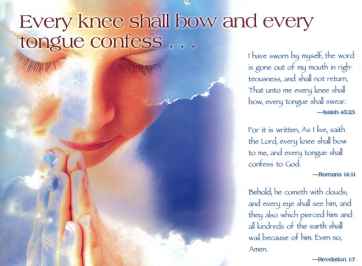 After I  had directed someone’s attention to an article on my website, I received a response which, among other things, said the following:

Well, of course, it would be very nice, but something tells me that something is not right … if it would be as you sketch it, eventually, everyone will be saved, whether or not that person really wants that or not. And that is where my problem lies. Then, we all would be able to sit back and watch how God will make His Word come true, no matter what we do. If God does not consider a conscious choice important, why did He put the tree of knowledge of good and evil in Paradise? Then already, the people had a choice. … But again, a choice has to be made … revelation stops at Jesus Christ, there comes after Him no other Saviour or more, additional revelations beyond the present Scriptures; this Name was given, in heaven and on earth, as the only way to the Father. Jesus says, Who is not with me is against me … and if you are against Him, you do not want to be with Him, forever. You would not be able to handle it nor could you even tolerate it. Mind you, I believe that God has a gigantic great love for the people, whom He has created; please don’t get me wrong. But He also wants to be loved, not that He, as God, needs it; after all, He Himself is love, but love, eventually, needs to be answered, in order for it to be effective in its entirety… to achieve His goal. I consider it very worthwhile to discuss this objection, separately. It expresses, I think, the feelings of many. Let it be true that aion does not mean eternity and that God has a comprehensive plan of salvation in view – the human will is not disengaged, is it? Does God force people to be saved? Is the Biblical message not that salvation takes place only through faith and recognition of God’s Son?

Let me, in order to begin, say that I wholeheartedly agree that salvation, indeed, only takes place through faith. The Scripture says: “Whoever believes in Him shall not perish…”. And elsewhere: “Whoever calls on the name of the Lord will be saved.” There is no other way. That is the message that resounds throughout the Bible. But … is that in conflict with the fact that God will save all of the people?  No, not at all. It only means that, eventually, all of humanity will call on the name of the Lord and will acknowledge Him, wholeheartedly. And that is precisely what Scripture says, also!

Psalm 145 (CLV) 9 YAHWEH is good to all, And His compassions are over all His works. 10 May all Your works acclaim You, O Yahweh…

Psalm 145 (KJV) 9 The LORD is good to all: and his tender mercies are over all his works. 10 All thy works shall praise thee, O LORD…

Isaiah 45 (CLV) 23 By Myself I swear. From My mouth fares forth righteousness, and My word shall not be recalled. For to Me shall bow every knee, and every tongue shall acclaim to Elohim.

Philippians 2 (CLV) 9 Wherefore, also, God highly exalts Him, and graces Him with the name that is above every name, 10 that in the name of Jesus every knee should be bowing, celestial and terrestrial and subterranean, 11 and every tongue should be acclaiming that Jesus Christ is Lord, for the glory of God, the Father.

When the Bible says that salvation takes place only by calling on God’s Name, but also, that all will call on His name, eventually, then this confirms the Biblical truth that “God is the Saviour of all mankind.” God will not force anyone to be saved. He does not need to do so,  but as Disposer of all things, He brings people to recognition and He convinces them. Sometimes, even in a fraction of a second. Just ask Paul, who was called from heaven, when he was, in unbridled hatred, on his way to Damascus. One short question was already enough to bring him to recognition. He later testified that the Lord’s grace is overwhelming (1Tim.1:14). Faith is a gift of God (Ep.2:8) It is GOD who opens hearts (Acts 16:14) and Who the “backsliding heals” (Hos.14:4). God’s judgments always have the salvation of His creatures in view (Ps.30:5). God judges, i.e. He puts things right. And He also brings everything back into a proper order. The judgments of God are not in opposition to His love, but flow forth from it. God’s judgments are accurate and effective: they bring His creatures, there, where He wants them. It is ever so true what a certain song says: “What His love aims to achieve, is not denied Him by a lack of His ability”. If GOD wills that all mankind be saved (1Tim.2:4), it ultimately will happen (1Tim.4:10). For there is one GOD and consequently, there is nothing or no one who can stop Him from achieving His goal. God’s “plan of the eons” (Eph.3:11) will consummate in one huge hallelujah! “Everything that has breath, praise the Lord!”, as the last psalm (literally translated) ends. Every tongue will confess (Gr. ex-omologeo = from the inside out!): Jesus Christ is Lord! “To the glory of GOD, the Father!”