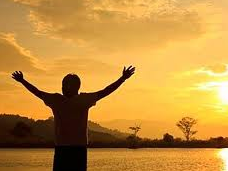 Question: What does Paul have in mind when, in Titus 2:14, he writes, “zealous of ideal acts” or “good works”? How can we be enthusiastic, when it is God Himself Who has already, beforehand, prepared these and is working them in us (Eph.2:10; Phil.2:13)? Answer: The concepts of “good works” (Eph.2:10) or “ideal acts” (Tit.2:14) we regularly come across, in the NT. In particular, with Paul the term “works” is rather loaded. As he explains in Romans 4:4,5, “works”, with the expectation to get paid, stands in stark contrast to “believing”: Abraham believed God’s unconditional promise and for that reason God counted him as being righteous. There was nothing to earn, because God’s promise was completely gratuitous. In Romans 9:32, Paul writes about Israel, that they stumbled over the stumbling stone (= the risen Messiah), because they did not live by faith, but by works. The Tanakh was to them a command to obey, instead of a promise that one would believe. A little later he writes:

Is it possible against such a background to say something positive about works? Yes, to be sure, but it is not about our work, but about “the work of the Lord“, as is evident in what Paul writes at the end of 1 Corinthians 15:

57 Now thanks be to God, Who is giving us the victory, through our Lord Jesus Christ. 58 So that, my beloved brethren, become settled, unmovable, superabounding in the work of the Lord always, being aware that your toil is not for naught in the Lord.

God is the One who gives the victory in our Lord Jesus Christ. There is only one thing: thank him! And in that position we remain unshakable, with the result that the Lord can do His work abundantly through us. And that labor will never be in vain. Being “zealous of good works” (ideal acts) means: with every step we take, we thank God for what He gives and does! That is walking in good works, which God prepares beforehand (Eph.2:10). Or, as Paul writes in Col.3:17:

And everything, whatsoever you may be doing, in word or in act, do all in the name of the Lord Jesus Christ, giving thanks to God, the Father, through Him.