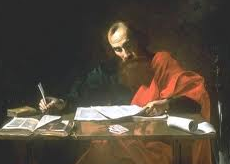 &nbsp; In Romans 1, Paul describes that he often had the intention to visit the believers in Rome (1:13). He was eager to explain to them the Evangel (1:15) which is a power of God unto salvation (1:16). Though he had often prayed to God to be granted the opportunity to go to Rome, nevertheless, each time he was hindered from doing so. What Paul probably did not know, but by now we do know, is that these obstacles were necessary. The apostle very much wanted to clarify to the believers in Rome the evangel of God, verbally. But because God had frustrated his plans, Paul was compelled to explain it in writing. Consequently, the Roman-letter! Without the frustration and disappointment, we would not be in possession of this magnificent letter, which forms the foundation beneath all his other epistles! Years later, Paul finally received the opportunity to go to Rome … but as a prisoner. Thus Rome, but he still is unable to visit the believers (at best, they could visit him). But again we see that Paul’s bonds provided an excellent occasion, to, precisely in Rome, write down “the mystery of the Gospel”. Nowhere else was it given Paul to reveal such transcendent truths as in his prison in Rome. There he wrote “the prison letters”, the apex of all God’s revelations! Is not that a display of Godly humor? Our obstacles and frustrations are to God no obstacles. It are precisely the ingredients of His success! ——————————— translation: Peter Feddema