| Blog English | Who is the bride?

Who is the bride? 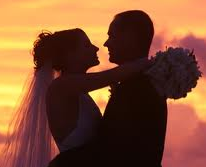 From a visitor to GoedBericht.nl, I received the following email:

Recently I heard of a Bible brother Dato Steenhuis. Here he claims that Christ is the bridegroom of the Ecclesia, but not the Bridegroom of Israel. This is based on the following assertions: John the Baptist is the “friend of the bridegroom” (John 3: 29). If Israel is the bride of the Lamb, then John, himself, would surely also belong to the bride; right? For is it not precisely the duty of the friend of the bridegroom to make various preparations for the wedding? So also is John the Baptist, as a friend of the Bridegroom, the trailblazer for Christ and His Bride, and in this way leads the Bride to the Bridegroom. Then it is not logical that John, himself, belongs to that Bride, is it? Another point to consider is the fact that Christ comes as King of Israel. This does not rhyme with Israel being the Bride of the Lamb, does it? For me, it’s very difficult to understand what is meant, here. The Ecclesia is the body of Christ, but given the above, it can also be the bride. On your website I read that Christ is the Bridegroom of Israel, but considering the above, it would not be logical. Perhaps, you might want to tell me more about this? (…)

A fascinating inquiry! That Israel (and, more specifically, Jerusalem) is painted by the prophets as bride, seems evident. Isaiah 62:5 speaks about that, but the clearest and most comprehensive details we find in the prophecy of Hosea.

14 Wherefore, behold! I am enticing her, and I conduct her to the wilderness, and I speak to her heart; 15 and I give to her her vineyards thence, and the vale of Achor for a portal of expectation. And she responds there as in the days of her youth, and as the day of her ascension from the land of Egypt. 16 And it comes in that day, (averring is Yahweh), she shall call Me, My Husband, and no longer shall she call Me, My Possessor, 17 and I take away the names of the Baals from her mouth, and no longer shall they be remembered by their name. 18 And I contract for them a covenant in that day with the field life, and with the flyer of the heavens, and the moving animal of the ground. And bow and sword and battle will I break away from the earth, and I will cause them to lie down trustingly. 19 And I will betroth you to Me for the eon, and I will betroth you to Me in righteousness, and in judgment, and in kindness, and in compassions. 20 And I will betroth you to Me in faithfulness; then you shall know that I am Yahweh. 21 And it comes in that day that I will respond, (averring is Yahweh). I will respond with the heavens, and they will respond with the earth… Hosea 2:14-21 (CLV)

the bride = Israel It can’t be missed: here, prophecy speaks about Israel, with whom Yahweh will make a new (marriage) covenant. From out of the desert, the people will go up again to the promised land and via the valley of Achor, enter it (see also: Micah 2:12.13). The New Testament does not change this perspective and we have therefore not the slightest reason to believe that John, in Revelation, had another bride in view than the prophets. Indeed, “the bride of the Lamb” is still called, explicitly, Jerusalem (21:2,9,10; See also: 19:7,8). Head and Body In the letters of the New Testament, the term, ‘bride’ or ‘wedding’ does not occur, even once. In the letters of the apostle Paul, the Ecclesia is mainly described as “the body of Christ”– an inseparable unity between head and body. Ephesians 5:31,32 speaks of the Ecclesia as being “one flesh” with Christ; while for a bride, this unity is still in the future (or: is deemed to be such). Indeed, the Ecclesia, as the body of Christ, experiences this now already. This is in contrast to Israel that, to this day, has not yet found her Messiah. The book, Song of songs, speaks prophetically and poetically of the experiences of this questing bride. Anyway, the image of a bride does not fit the Ecclesia, “the body of Christ”. the friend of the bridegroom And then the argument that John is called “the friend of the bridegroom” (John 3:29). The argument goes like this: John was, as an Israelite, a friend of the bridegroom, and so, Israel cannot be the bride. This is rather short sighted, quite apart from the fact that such a conclusion completely brushes aside Hosea’s prophecy. But there is still something else. Luke 16:16 says, “the law and the prophets go until John…”. John the Baptist is the “gate-closer” of the prophets of the old covenant. Elsewhere, Jesus says of him:

“Verily, I am saying to you, Not among those born of women has there been roused a greater than John the Baptist. Yet he who is smaller, in the kingdom of the heavens is greater than he. Mat.11:11 (CLV)

However great John was, he is the last representative of the old covenant. And since the term “bride” relates to Israel with whom a new (marriage) covenant will be made, it precludes John from belonging to it. He had an close relationship with the Bridegroom, but as a friend; not as a bride. Israel’s King and Bridegroom And then the argument that Christ is the King of Israel and, therefore, cannot be her Bridegroom. This, too, is an improper kind of reasoning. One must be very careful to mix images and to play them off, each against other. Similarly, one may not reason: Christ is Israel’s Rock and since you can’t marry with a rock, He is, therefore, not the Bridegroom… Everyone senses how wrong such a conclusion would be. In this case, I do not even see a contradiction between the Bridegroom and King. On the contrary. For when Israel marries the King, then she, thereby, automatically will be promoted to queen. And does this status not perfectly match the role she, as a nation, in the midst of the nations of the world, will soon fulfill? To the point: While Israel is awaiting the Messiah, she fulfills her prophetic role as bride. The prophets are clear about that and the New Testament confirms this explicitly. Meanwhile, at the present time, a people is being gathered that now already is “one flesh” with Christ, “the Ecclesia, which is His body” (Eph.1:22,23). And as the bride represents a people, so this also applies to the Bridegroom: Head and Body. And therefore, we as believers, in the present time, look forward to the upcoming wedding feast…”on the third day” (John 2:1). Not as Bride, but as members of the Body of the Bridegroom!