| Blog English | was there death before Adam?

was there death before Adam? 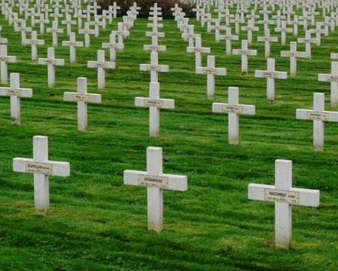 Was death already a reality, before Adam was placed in the garden of Eden? No, say some, and for that they refer to Romans 5:12, where Paul wrote:

Therefore, even as through one man sin entered into the world, and through sin death, and thus death passed through into all mankind…

Does this not clearly say that death entered the world through one man? And does the word ‘world’, which in Greek is ‘kosmos’, not indicate that Paul is speaking of the entire universe? Does this verse not teach that, before man ate of the forbidden fruit, death did not exist? And that, therefore, animals did not die and did not eat each other? But is this argument, based on Romans 5:12, a valid argument? Firstly, the word kosmos, in Greek, does not have just one meaning, as is the case in our language.  With us, kosmos means “the universe as an ordered system”. The root meaning of kosmos is indeed “an organized whole” and is an antonym for chaos.  In Scripture, kosmos is also used to indicate a piece of jewelry (1Pet.3:3; cp with our word ‘cosmetics’). Usually, kosmos refers to the world-of-humanity, as an ordered whole or system. Thus we read in John 12:19: “Behold, the entire kosmos is gone after Him.” Or in John 15:18: “If the kosmos hate you…”. Also here, kosmos unmistakably indicates the world-of-humanity. The word ‘world’ is an excellent rendering for kosmos. That Paul in Romans 5:12, only had the world-of-humanity in mind is evident, when he says that “by one man sin entered the world”. If we would take the word ‘world’, here, to refer to the whole universe, then that is misleading, because before Adam ate of the forbidden fruit, the lying snake was already in the garden. In other words, sin was already in the world. But in the world-of-humanity, sin and death did enter via Adam. That is why Paul continues and says that death passed on to all mankind. In other words, Romans 5:12 does not provide any evidence that Adam had no knowledge of death, before He sinned. Nor that he was immortal before he ate of the forbidden fruit. But more about that in a future blog.