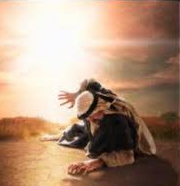 The word “apostle” means authorized representative or delegate (see Phil.2: 25); someone under a mandate. After His resurrection, Christ authorized a number of men to speak and act on His behalf. Characteristic of an apostle is that he is an eyewitness of the resurrected Christ (Acts1:22). Although he was called at a much later date and was not part of “the twelve”, Paul wrote:

… Am I not an apostle? Have I not seen Jesus our Lord? 1Corinthians 9:1

And a few chapters later, he writes:

7 Thereupon He was seen by James, thereafter by all the apostles. 8 Yet, last of all, even as if a premature birth, He was seen by me also. 9 For I am the least of the apostles, who am not competent to be called an apostle, because I persecute the ecclesia of God. 1Corinthians 15

The expression “last of all” literally means “last of all”. Which all? Answer: “all the apostles.” Do not be fooled by anyone, whether he is a charismatic figure or not, who claims authority because he asserts to be personally called by Christ. It is nonsense and deceit. Paul, and no one else is the very last apostle.