| Blog English | the fullness of the nations and Ephraim

the fullness of the nations and Ephraim 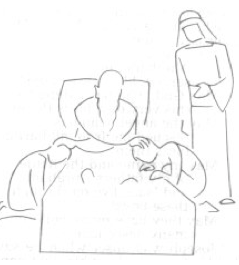 In Romans 9-11, Paul discusses how through Israel’s unbelief salvation has come to the nations (11:11). Paul’s name as “apostle of the nations” is a model for this change (11:13). In 11:25, he makes known a secret (mystery), namely, that the callousness that has come on a (major) part of Israel, will last “until the complement of the nations may be entering.” That the callousness will be until, is no secret (Isa.6:11). The prophets speak, in many places, about the blessings which a believing nation of Israel will enjoy in the midst of the nations of the world. No, the secret is that the hardening of Israel lasts until “the complement of the nations may be entering”. Both of these events will come about at the same time. What does Paul mean by “the complement of the nations”? Shortly before, in 11:12, Paul wrote about Israel’s “fullness” and contrasts it with her “deficiency”. What Israel lacks, will be completed in due time. “The complement of the nations” must have a comparable meaning: the shortage of the nations will be completed. The proclamation of the Evangel among the nations will reach a complement: when the complete number will be reached and then enter. It evidently is all about the completion of the ecclesia and “her homecoming” (1Thes.4:15-18). But there is something special about the phrase “the complement of the nations”. The expression is in fact almost identical to what Jacob, on his deathbed, spoke to Ephraim. The oldest and the youngest son of Joseph were sitting, respectively, in front of the right and left of their grandfather, who would bless them. Then Jacob crossed his hands and placed his right hand on Ephraim’s head and gives him the firstborn blessing. Ephraim was prophesied to come to a “fullness of nations”. Later, Ephraim became prominent among the ten tribes of Israel, commonly known and called Ephraim. Ephraim was deported to Assyria, after which they disappeared, for the most part, among the nations. There are plenty of interesting speculations about their wanderings, but Scripture is silent about it. Of importance is the following data: Ephraim disappeared among the nations, and that means that when the evangel, in Paul’s day, was sent to the nations, it came, in that way, to … Ephraim! That is also the thrust of the quotation that Paul gives in Romans 9:25 and 26, where he applies Hosea’s prophecy about Ephraim (the ten tribes), to the believers out of the nations. The firstborn blessings which Jacob on his deathbed gave to Ephraim (with crossed hands!), appears to be a secret or mystery, according to Paul. It indicates the highest blessing, which, completely contrary to expectations, would come to Ephraim… i.e. among the nations.