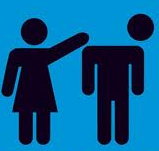 Recently, I read a thought-provoking blog by Jan Bart Alblas, in which he describes how the church has become overly feminized.

The sermon is about emotions and feelings and being nice to each other. It is provided in prayers and collections. After the service there is time for a chat with a cup of tea or coffee, preferably without sugar. Colors, flowers, children, emotions, concerns and talks, are the components of worship.

And a bit further:

A football-loving, beer drinking man will not feel comfortable in the delicate symphony of colors and images. By now, this is the church. The church as a whole lacks real men. The church presents itself as a place where it’s safe and where anything goes. Everything can be covered with a large mantle of charity. But faith requires courage and the backbone to be different than the rest. You have to be a ‘guy’ for it. (…) In the Church there is, unfortunately, no room for a dark voice that will show this. There are only high-pitched voices that nobody hears.

‘women’ in the pulpit Jan Bart Alblas does not venture to analyze this, but concerning his observations, itself, there is little to subtract, as I perceive it; although some Mr. theologians expressed some criticism. According to the Christian Reformed professor, Herman Selderhuis, that we cannot speak of a feminine or masculine church. After all, “there are very effeminate men and very masculine women”, which to me, seems to be precisely a confirmation of Alblas’ observations. Due to the fact that many of the men in church are no longer real men, it should not surprise anyone that some of the women take over the male role. Whereas in the Orthodox segment of the churches, they still argue much about woman in the pulpit, it’s only a matter of time that such will actually come about for them, too. Without anyone noticing it, the people already have been listening for years to ‘women’ in their pulpit… pitiful worrying In the same context, we can also understand the pitiful worrying about gay sex. Disoriented as they are, no longer is the real sex difference comprehended and for what purpose it was designed by the Creator. Note: the CreaTOR, a HE… even though that, since the phenomenon of “feminist theology”, is not anymore considered as fixed. Indeed, where one does not anymore know what male and female signifies, there one can expect such utter confusion. “be masculine” Do I, in the above, undervalue the woman and under-appreciate the feminine, the soft and the sensitive? Absolutely not! Without this feminine share, man is not complete. The masculine exist only by the grace of the feminine (1Kor.11:11.12). “God created man … male and female created He them” (Gen.1:27). Within this duality, the male is to direct and lead. Rulership is a male function*. It may be very significant that Paul, in his letter to the Corinthians where women symptomatically (!) predominated, includes in his closing remarks the words…

Watch! Stand firm in the faith! Be MANLY! Be staunch! 1Corinthians 16:13