| Blog English | the eon of the eon

the eon of the eon 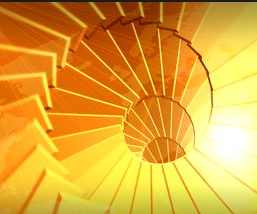 Recently I heard a famous preacher claim that if a layman wants to know what a Bible text precisely says, the best he can do is place various Bible translations side by side and compare them. Such a comparison would give a good impression of what the particular text says, according to the preacher. If only this were true! In this blog, I would like to draw your attention to three related, but nevertheless different expressions, which, in all the common versions of Scripture, are not at all translated clearly and correctly. It are the following three expressions: 1. “the eonS of the eonS” (21x, for instance in Rev.11:15) 2. “the eon of the eonS” (1x, Ephesians 3:21) 3. “the eon of the eon” (1x, Hebrews 1:8) Most of the English versions of Scripture have translated these three different expressions identically (“forever and ever”). The KJV came up with something altogether different in Ephesians 3:21. The greatest and most fatal mistake in this is that “eon” is translated with “forever”. Once this is chosen to be the translation, it is then impossible to do justice to the different expressions. If an eon equals eternity, then a double plural in a superlative form (“the eons of the eons”) can, by definition, never be more than a single eon. Anything lasting longer than endless, simply does not exist. The translators have assumed that the different expressions, idiomatically, mean the same thing. Consequently, they repeatedly translated the distinct expressions as “forever and ever” (or something similar). But that is not a translation, it is a lousy explanation. Why not simply and concordantly show what “is written”? It is interesting to look at the expressions a little more closely. What do the differences tell us? Below is a graphical representation:

Especially in the book of Revelation, “the eons of the eons” are often mentioned. The expression means: of multiple eons, these the superlative eons. In Revelation 11:15, we read that Christ will reign “for the eons of the eons”. I.e., in comparison to the eons that are behind us (Eph.3:9) and also compared to “the present evil eon” (Gal.1:4), those eons will be surpassing in glory, because, then, Christ will be exercising His authority. In Revelation 20, we read about the 1000 years during which Satan will be bound and Christ will reign. That is the oncoming eon. But also in the subsequent eon, Christ will reign (Rev.22:1,5). In both eons, Christ’s reign will picture all previous eons to have been of much lower quality. The “eon of the eons” (Ephesians 3:21) indicates a single eon which surpasses the previous eons. The expression is similar to the wording of “king of kings”, “the song of songs”, “the heaven of heavens”, etc. This eon is the upper-eon. It is the eon of the new creation. In this eon, all will be brought to perfection and the nations will receive healing (Rev.22:2). The most remarkable expression in this series we find in Heb.1:8, where Scripture speaks of “the eon of the eon.” Usually, the last word in such a superlative expression is in the plural form (“of kings“, “of songs“, “of the heavens“). Not here. Here the superlative eon is not compared to several eons, but to one, single eon. The eon of the new creation will be the last eon of the old creation (“the thousand years”), exceeding it in glory! In Heb.1:8, the Son is addressed, whose throne is into “the eon of the eon.” That is the eon of the Son. In that eon, the Son will nullify death, as the last enemy (1Cor.15:26), so that all will live (1Cor.15:22). Then there will be no enemy anymore. No more death – everyone will be subject to the Son. All will acclaim Jesus as Lord to the glory of God the Father (Phil.2:11). And as the Son, He will then give up the throne, because Father’s goal will have been achieved. That the Son will abdicate the throne, will not be a humiliation for Him, but will emphasizes His glory. Never was it about Himself, but always about His God and Father. Then He will have accomplished what Father wanted – nothing and no one will be excluded!