| Blog English | the custom of coming together

the custom of coming together 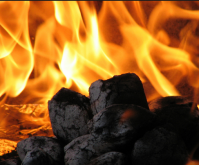 Hebrews 10: 25 is a well-known Bible text which speaks out against the custom of some to neglect coming to the mutual meetings of believers. In the KJV it states:

Not forsaking the assembling of ourselves together, as the manner of some is; but exhorting one another: and so much the more, as ye see the day approaching.

Verse 25 is grammatically and contextually connected with the preceding verse. In the CLV, Hebrews 10:24,25 together reads:

24 And we may be considering one another to incite to love and ideal acts, 25 not forsaking the assembling of ourselves, according as the custom of some is, but entreating, and so much rather as you are observing the day drawing near.

The issue in Heb.10:25 is not about not being allowed to be absent from the mutual meetings, but it is about considering each other for the sake of encouraging love and ideal acts. Whoever has the custom to forsake the mutual meetings, withdraws himself to consider others and to incited others to love. Some may think themselves to be so strong that they do not need the others, but if this is true, then the weak may have need of them! When in verse 25, it says: “as the custom of some is”, then the Greek word, here, for “custom”, is “ethos“. A word such as ethics is derived from it. Ethics is known as moral science or as doctrine of what is good and bad, but from out of its original meaning it only had to do with customs and conventions. Jesus went, according to His custom, into the mount of Olives (Luke 22:39) and the governor had been accustomed to release one prisoner at the Passover (Mat.27:15). Jesus and Paul had the custom (ethos) to go to the synagogue on the Sabbath (Luke 4:16, Acts 17:2). Also, “the ecclesia of God” has customs (1Cor.11:16). An ecclesia is meeting (1Cor.11:8) and it functions that way, by definition, due to believers coming together. They belong together (as members of one body), and they need each other (1Cor.12:21). This is the basis of the custom to come together.