| Blog English | the book of generation of heaven and earth

the book of generation of heaven and earth 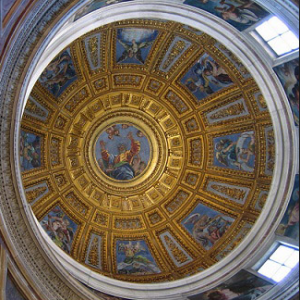 This is the history of the heavens and the earth when they were created… Genesis 2:4

In this verse, we find the concluding words about the creation of heaven and earth. The Hebrew word translated here as “history” is toledot. That word occurs thirteen times in Genesis. The second time is in Genesis 5:1

This is the book of Adam’s toledot…

The third time in Genesis 6:9:

these are the toledot of Noah

these are the toledot of the  sons of Noah.

And so on. The patriarchs have their toledot, their histories put in writing. Genesis 2:4b to and including 5:1, therefore, speaks of “the book of Adam’s”. Later, Moses gathered all thirteen toledot and edited them, and we know this as the book of Genesis. Adam, Noah, Shem, Terah, Ishmael and Isaac, Esau and Jacob have recorded their memoirs. Historical information of some 2,200 years, firsthand. Genesis 1 to and including 2:4a is the first toledot. Containing the ten words which God spoke at creation. The number ten, of course, reminds us directly of the “ten words” God has spoken on Mount Sinai (Ex.34:28). And not only spoken, He then wrote them also on tablets of stone. Genesis 1 to and including 2:4a is distinguished from the toledot of the book of Adam (5:1). Who would have given the history of Genesis 1? Who else than God, Himself, the Creator of heaven and earth? In the Septuagint (the Greek translation of the OT), we read in 2:4:

This is the genesis book (biblos genesioos*) of heaven and earth.

In general, the six days of Genesis 1, are thought to refer to the duration of the creation of heaven and earth. That might be true. After all, God spoke the creation words in six days. But we ought to remember that God, apparently, spoke the creation words twice. First at the time of creation and the second time when He revealed them to Adam. Anyhow, days suppose a sun that rises and sets. The sun would be created on the fourth day, how could there be mention made, earlier, of mornings and evenings? If the six days, however, concern the revelation of creation words to man, then the absurdity disappears. The sun was already there, only God revealed this creation word not until the fourth day. Many other questions will disappear like snow in hot sunlight, when we understand the days in Genesis 1 as days in which God speaks to man. Every time we read, “And God called …”. God called the light Day … the dark night … the firmament heaven … dry land … “, etc. Here man is approached and taught. Hence, there is rest at night. Not because God, in the night, had to interrupt His creative activity, but because man was asleep. And that goes for the seventh day, the Sabbath was made for man (Mar.2:27). The seven days of Genesis 1 are unmistakably days of twelve hours (John 11:9). Days that begin in the morning as the sun rises and end in the evening as the sun sets. And nights in which there is rest. God spoke during the day to man the ten words. And so became the monumental “genesis book of heaven and earth” in six days a reality. The book, as a manifesto of the Creator, was entrusted to man.