| Blog English | Song of Songs 5:6 – The bridegroom is missing

Song of Songs 5:6 – The bridegroom is missing


I opened for my darling, yet my darling had vanished; he had passed aside!

The book “Song of Songs” sings about the love between bridegroom and bride. Belonging to or dedicated to Solomon (1: 1). Maybe these love songs go back to a historical romance. But that is not really the point. According to the prophets, the relationship between God’s Messiah (“more than Solomon”!) And the people of Israel is like a bridegroom-bride relationship. That fact puts this book in a surprisingly prophetic light!

‘Song of Songs’ speaks in type of how Israel finds her Bridegroom. But that does not just happen. A theme that runs through this love story is how the bride initially lost her darling. Gone, he has vanished! And then she searches him and finds herself in the hands of those who beat and wound her.

The story of the lost Bridegroom and the desperate Bride is particularly prophetic. It illustrates the situation of the past two thousand years. Once the Bridegroom was there. But where is he now? The bride has no idea where her darling is. But as befits a good novel, the bride and groom eventually find each other. And that will be celebrated! The wedding on the third day (cf. John 2: 1)! 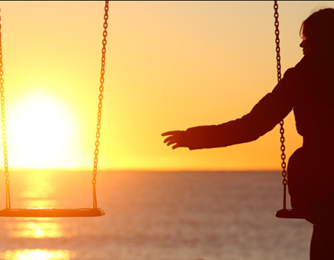