You will be protesting to me, then, “Why, then, is He still blaming? for who has withstood His intention?”

Anyone who has carefully followed the account of the apostle thus far will feel the above question automatically arise. Everything is going according to GOD’S purpose, Paul argued. Pharaoh’s unruly attitude was not only foretold but intended. To glory in a showdown, God needed an adversary of stature. Hence God supported Pharaoh and hardened his heart when he threatened to collapse under pressure.

The question that then arises is: why is God still blaming? Pharaoh was actually deployed by God Himself to oppose Him?! While Pharaoh resisted God’s revealed will (“let My people go!”), he certainly did not resist God’s hidden intention. In fact, no one has ever resisted God’s purpose. Because that is impossible. GOD made everything for its purpose, even the wicked for the day of evil (Prov.16:4). Everything proceeds according to “the counsel (Gr. boulema, intention) of his will” (Eph.1:11).

Before we go further and listen to Paul’s answer, let’s take a good look at the question and realize: No one has ever withstood God’s intention! 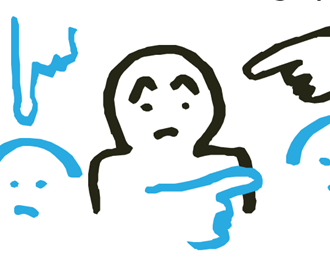