For what was impossible to the law, in which it was infirm through the flesh, did God, sending His own Son in the likeness of sin’s flesh and concerning sin, He condemns sin in the flesh.

Man has been a slave to sin and death since Adam. Born a sinner and a mortal. That should be clear by now. The law that was given to Israel through Moses did not break this law, quite the contrary (5:20). The law cannot possibly be fulfilled “by the flesh”. From that perspective, the law is downright weak. That, in a nutshell, is the failure of “the old covenant”.

Only with the mission of God’s Son, the Messiah who was conceived by God Himself (as foretold; Ps. 2: 7), does a tilt take place. God’s Son on earth looked like any other human (despite his unique conception) and was thus “in the likeness of sin’s flesh.” He is also sent “for sin,” that is to say, to nullify sin. This formulation (Greek: peri hamartias) refers elsewhere to the sin offering (Heb. 13:11).

By sending and resurrecting His Son, God set aside “the flesh” as useless. That’s the condemnation here. Only in the resurrected Christ is there no condemnation (8: 1). 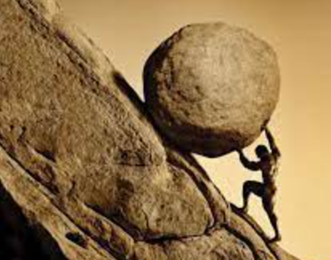