| Blog English | Romans 8:11 –Him who rouses Jesus from among the dead

Romans 8:11 –Him who rouses Jesus from among the dead

Twice in one sentence, God is described here as the One who raised Jesus, or Christ, from the dead. This extra emphasis serves because the same spirit by which God raised Christ from the dead also resides in our mortal bodies. And that fact is a promise for our bodies!

If Jesus remained dead in a tomb for three days and God’s spirit raised him from it, wouldn’t the same thing happen to our bodies? The fact that our body is mortal and possibly even died, is apparently no obstacle. Because God also raised Jesus from the dead!

Do not think small about the vivifying potential of God’s spirit in us. Our body is still unabatedly mortal with all its attributes. Weak, deteriorating and corruptible. But God’s spirit, which will soon make our body alive in incorruption, is already living in it. So that our body, although only an “terrestrial tabernacle,” is nothing less than a temple! Because inhabited by God himself! 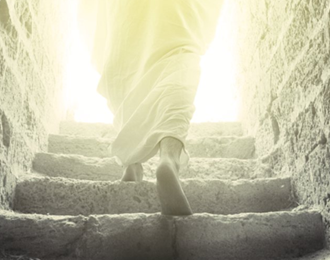