For if those of law are enjoyers of the allotment, faith has been made void and the promise has been nullified.

GOD had promised Abraham that in him and his seed, all the families of the earth would be blessed. All the world would share in the blessing promised to him and his seed. That is what the previous verse referred to by being “an enjoyer of the allotment of the world.” Most translations speak of “heir”, but “allotment owner” is a somewhat more literal rendering. It refers to something that falls to someone as a fate. That could be a inheritance, but not necessarily.

It is impossible that the promise to be a “allotment owner of the world” should depend on the observance of law. In any case, because the giving of the law would still be centuries away in Abraham’s day. But also because this would destroy the promise. Of course, if GOD promises unconditionally, it cannot be that its fulfillment would depend on man’s behavior. A promise is a promise, so that GOD himself guarantees the fulfillment of the promise, without man being able to do anything about it. We can fully rely on GOD’S commitments! 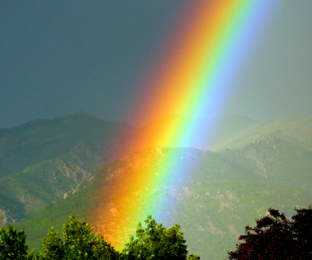