Romans 2:22 – Adultery and despoiling the sanctuary

To the list of hypocritical behaviors, Paul adds two more examples. Anyone who by law tells others not to commit adultery but does so himself is hypocritical. Nowhere do we see more hypocrisy than in the field of sexual morality. Tooting one’s own horn about what the other is not allowed to do, but doing it secretly themselves. Christianity has also built up a dubious reputation with this double standard.

Judaism is known to abhor idols. Rightly so, because the truth that there is one GOD cannot possibly be overvalued. But what value does this have if one simultaneously despoils the sanctuary? To understand this ‘despoiling of the sanctuary’ we have to go to the prophet Malachi who writes on behalf of GOD, to the Jews in the land (in 3: 8): “For you are defrauding Me. Yet you say, In what way do we defraud you? In the tithe and the heave offering ”. With ‘despoiling the sanctuary’ Paul points at one’s own gain, withholding all that belongs to the one GOD. As if a person would become poorer by giving GOD what is due to Him. The opposite is true! 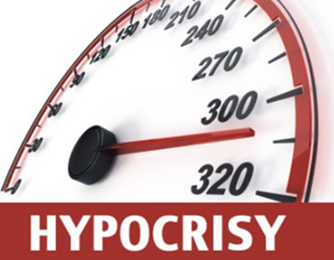