…yet glory and honor and peace to every worker of good, both to the Jew first, and to the Greek. For there is no partiality with God.

Isn’t it strange that Paul motivates his statement “first the Jew and also the Greek” with “because there is no partiality with God”? Yes, but Paul’s argument is also different. The “because” does not refer to “first the Jew” but to “also the Greek”. Were “glory and honor and peace” to be exclusive to the Jew, it would mean respect of persons. But it is not so, because “… glory and honor and peace” also applies to the Greek.

The Jew comes first because he serves as an example. The Jew is first because GOD has chosen them as an instrument to reach the rest. Were God to select one in advance to condemn the other forever (as traditional theology teaches), it would mean pure partiality with God. But the purpose of election is never exclusive but always inclusive. GOD chose Abram, not because the rest did not interest Him. On the contrary, He chose Abram to bless all the generations of the earth. Without regard to persons! 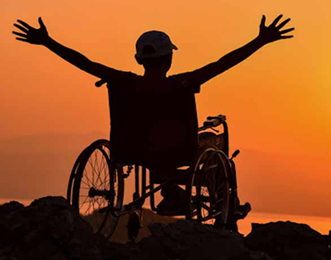