It can be helpful to know the thoughts that underlie one’s behavior. But that is not the focus of Paul’s argument. As he argued in verse 1, it is not a matter of “discrimination of reasonings.” What matters is that we give each other the space to think and act independently. Regardless of what we think of the other person’s point of view or behavior. This often proves to be very difficult in practice. The space we give another depends on how he thinks about all kinds of issues. So conditionally.

In Paul’s example here: you can strongly disagree with someone’s view on whether or not to eat meat and at the same time give the other person the freedom to draw his own conclusions. Distinguish between ‘opinion’ and ‘person’. Without disrespect or judgment of the other. Leave certain food or drink alone, but at least take the other one to yourself. Just as God takes each of us (warmly) to Himself! 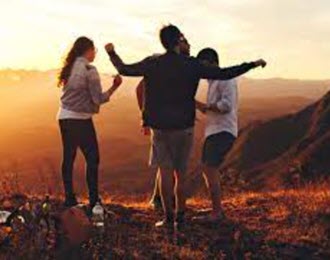