| Blog English | Romans 14:14 – Nothing contaminating of itself

Romans 14:14 – Nothing contaminating of itself

What Paul tells his readers in this verse is certain to him. He knows. He is also convinced in the Lord Jesus. We may assume that the Lord Jesus, who repeatedly appeared to Paul (Acts 26:16), made this clear to him personally.

The word “contaminating” mentioned three times in this verse is “koinos” in Greek and literally means “common” (cf. Acts 2:44). Derivedly, it came to mean “general,” and hence the idea of ​​”common” or “profane.” Often in the unfavorable sense of the word: unconsecrated. Just as we also distinguish between sacred and unconsecrated when it comes to music or history, for example. Or think of attributes in the temple or scrolls that were specially sanctified or consecrated.

What Paul is stating here is that nothing in itself or by definition is contaminating or profane. Eating, drinking, or calling a day unconsecrated says more about the speaker than about the subject. Paul’s conviction is that everything for which we sincerely thank God (1Tim.4:4) is dedicated to Him. For things are blessed with thanksgiving (1 Cor. 10:30). 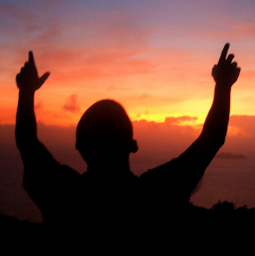