Now they also, if they should not be persisting in unbelief, will be grafted in, for God is able to graft them in again.

When Israel rejected her Messiah in unbelief, the evangel reached the nations. When the nations in turn become proud in unbelief, Paul previously assured (:22), they will just as well be cut off. For God does not bear it when his Word of grace is made dependent on man. That’s unbelief.

Just as the ‘grafted status’ of the nations ceases because of unbelief, so Israel’s current ‘hewn’ position will cease when they do become believers. What is still ‘hypothetical’ here (“if they should not be persisting in unbelief”) becomes emphatically a prediction in the future. Not just an if situation; it will happen (11:25) where Paul also makes clear when and how that will happen.

At this stage of the argument, the apostle is concerned with the condition under which it is ‘hewn off’ or ‘grafted in’. Unbelief and faith are decisive in this. And just as in Paul’s day the Evangel made a switch from Israel to the nations, so in the future the switch will move in the opposite direction. Christendom will be ‘hewn off’ and Israel will still reach her destination! 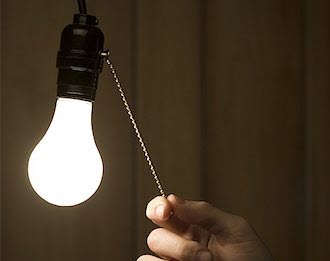