Only be citizens walking worthily of the evangel of Christ…

Thus far Paul has written of his own situation and of his purpose to magnify Christ in all things. From this verse he also challenges his readers to live like this. Usually he uses the verb ’to walk’, but here he uses the Greek word ‘politeuo’, which is clearly related to our words, ‘politics’ and ‘police’. It means: behave like a citizen.

Philippi was a city in Macedonia, a Roman colony whose inhabitants had been granted Roman citizenship. This citizenship had a lot of value and owners were proud of this privilege. Later (in 3:20) Paul shows that our citizenship as believers is in heaven.

Just as the Philippians, as Roman citizens, were far from Rome, so, as citizens of the heavens, they were now also in a strange environment. What it comes down to is knowing how to value your citizenship. To be aware of your position, of your origin, of your privileges and future. Anyone who learns to appreciate all this wholeheartedly will naturally also behave in a “dignified” manner. To optimally represent his home country as an ambassador in the country where he is stationed! 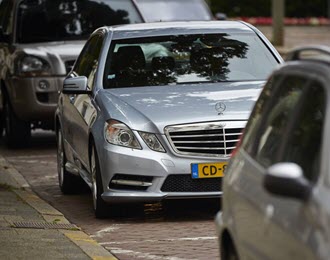