Philippians 1:1 – To all the saints


Paul and Timothy, slaves of Christ Jesus, to all the saints in Christ Jesus who are in Philippi, together with the supervisors and servants.

In this letter that we want to go through verse by verse, Paul is speaking and therefore also written in the I-form. That he also mentions Timothy as the sender, because he dwelt with him as his ‘child’ and co-worker (2:22). Shortly after Paul got to know Timothy (Acts 16:1-4) and made the crossing to Macedonia with him, they arrived in Philippi. In this Roman colony (Acts 16:12) the Good News had resonated under rather turbulent circumstances (Acts 16:11-40).

When Paul wrote this letter from his captivity in Rome (Phil.1:13; Acts.28:30), more than ten years had passed since he had visited them. The bond with the believers in Philippi was still most cordial, partly because they repeatedly supported Paul with their contributions (4:15,16).

Paul does not write as an apostle (=delegate) but as a slave of Christ Jesus. He does not have to assert his authority and doctrinally the letter contains hardly any new elements. Paul’s authority is not in question. The letter is mainly practical in nature, in support of “all the saints”. “Saints”, for set apart “in Christ Jesus”. 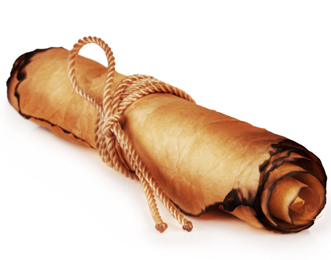