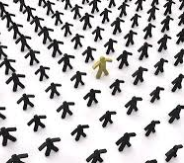 Because it is the one GOD, Who wants all people to be saved (1Tim.2:4), He, therefore, IS the Saviour of all mankind (1Tim.4:10). That is Paul’s testimony that he was called to proclaim and teach among the nations, while enduring much ridicule and scorn. But as universal as salvation will be, eventually, so sporadic is salvation in this evil eon. All this is interconnected with each other and this is what I want to show in this blog, on the basis of the letter to the Romans Now, God saves by means of faith in the Evangel*. In chapter 1, Paul writes:

For not ashamed am I of the evangel, for it is God’s power for salvation to everyone who is believing — to the Jew first, and to the Greek as well. -Romans 1:16-

The Evangel is very good news, an announcement. To the extent that there is something to do, it is to be believed with the heart and to be spoken about with the mouth.

that, if ever you should be avowing with your mouth the declaration that Jesus is Lord, and should be believing in your heart that God rouses Him from among the dead, you shall be saved. -Romans 10:9-

The message concerning Christ having been resurrected from among the dead, was first proclaimed to the Jewish nation. But as they had crucified Jesus, they also rejected this Evangel. They stumbled over “the stone of stumbling”. And Paul explains why:

Wherefore? Seeing that it is not out of faith, but as out of law works, they stumble on the stumbling stone. -Romans 9:32-

Of the Jewish people, Paul testifies that they had much religious zeal, but not with a proper understanding (Rom.10:2). The Word of God was for them a set of commands (&gt;works) instead of a promise and a message of good news. For them, that turned out to be fatal. With much heartache, Paul quotes from Isaiah:

If the number of the sons of Israel should be as the sand of the sea, the residue shall be saved, -Romans 9:27-

Try to imagine: Israel, the chosen people, nevertheless, only a small remnant shall be saved from among them. Why? Because they are not religious? No, precisely because they are religious and believe that they can earn their salvation! This is impossible, because God is a Saviour Who saves gratuitously, absolutely freely!

Today it is no different than it was in Paul’s days. Only a very few believe the Evangel. Not because the Evangel is so difficult to understand, but because it is totally free. It’s not a cheap offer, but a very good message; an announcement that death has been conquered and is being abolished. Can it be more simple? But who believes it? The people who are supposed to tell it (Christians), usually hate this message and call it a heresy. They “evangelize” on pain of hell and damnation, which they call “eternal death”… However, this religious unbelief cannot nullify the truth that, eventually, God will receive all the credits… from everyone. Also from them.

for it is written: Living am I, the Lord is saying, For to Me shall bow every knee, And every tongue shall be acclaiming God! -Romans 14:11-

God now saves a relative few by means of them calling on His name in faith, but since God guarantees to be the Saviour of all, He eventually will receive wholehearted praise for this, from everyone! ———- * Later, God will save the rest of mankind by means of perception.