| Blog English | on the third day or after three days?

on the third day or after three days? 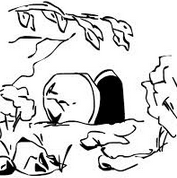 According to the traditional, well-known view, Jesus lay for two nights in the grave. According to this, He died on Friday and He arose on Sunday morning. If, however, we listen to what Jesus Himself had said about this, then we notice:

For even as Jonah was in the bowel of the sea monster three days and three nights, thus will the Son of Mankind be in the heart of the earth three days and THREE NIGHTS. -Matthew 12:40-

Three days and three nights. The counting of the three days, in accord with the traditional view, is not difficult: we count a part of Friday, Saturday and a part of Sunday. That is called: Pars pro toto; a part is reckoned for the whole. The Bible knows that phenomenon, also. But with respect to the nights, this kind of counting does not work. It has been suggested that, here, we have a Hebrew idiom for three full days (Jonah 1:17). But that does not meaningfully explain why the Lord Jesus had spoken of three nights, when in reality, it only are two nights that are counted, traditionally. It is, precisely, the Hebrew idiom that lends itself, to separately count the number of days and nights. If Jesus, as we saw earlier, rose on the day after the weekly Sabbath and He was three nights in the grave, it means that he was not crucified on Friday, but on Thursday. This was followed by two Sabbaths: first the annual Sabbath, the 15th of Nisan and then the weekly Sabbath, on Saturday. These two connecting Sabbaths are not my conclusion, but are spoken of, in Scripture itself, even though, it usually is not so, properly, translated. In Matthew 28:1, we read:

Whether the phrase, “the evening of the Sabbaths”, belongs to the previous chapter or not, is irrelevant in this context. It is certain that the original text, here, does not speak of “Sabbath” (singular), but “Sabbaths” (plural). That is to say, there did not follow one Sabbath, but two Sabbaths after the crucifixion of Jesus. Except that Matt.12:40 speaks of “three days and three nights”, we also read twice that Christ would be resurrected “after three days” (Mat.27:63; Mar.8:31). The expression, in this context, that Christ was “raised the third day” is by far the most common (see table below). How is that possible? How can Jesus, after three days (and three nights) be resurrected and, at the same time, be resurrected on the third day? That depends on what we are counting. If we count the days that He was dead, He was resurrected after three days and three nights. However, if we count the days that He was in the grave, He was resurrected on the third day. We see this nicely shown in Matthew 27, where both phrases are used in one conversation. The chief priests and Pharisees go, a day after the crucifixion, (:62) to Pilate to arrange for a guard at the tomb. Then they say to him the following (:63,64):

…we are reminded that that deceiver said while still living, After three days shall I be roused. Then order the sepulcher to be secured till the third day…

Jesus was to be resurrected after three days, but the spiritual leaders ask for a guard until the third day. Why did they not ask a guard until the fourth day, if Jesus was to be resurrected after three days? The reason is simple: the request for a guard took place one day after Jesus had died. They ask for a guard “till the third day”, that is, until the day after tomorrow (see: Luke 13:32!). The coming Sunday would be three days AFTER Jesus had died, but it would be the THIRD day of the guard, at the tomb. Jesus died on Thursday afternoon, but was buried when the day already was over (Mark 15:42). So, while Thursday was His first day in death, Friday was His first day in the grave. See the diagram below: