| Blog English | Is Jesus our King?

Is Jesus our King?


After Jesus has gone the way of humiliation to “death, even the death of the cross,” GOD raised him from the dead after three days and made him Lord and Christ (Acts 2:36). He has since been exalted at God’s right hand, where He waits until today until He actually will appear as King and submits His enemies to Himself (Heb. 10:13).

David and the Son of David

The present period in which Christ resides at God’s right hand awaiting the revelation of His Kingdom is illustrated in the history of David. David was once anointed as a shepherd boy (Heb. Mashiach. Gr. Christos), but it would be years before he would actually become king in Jerusalem.

It is no different with “the Son of David”. Certainly all authority has been given to Him in heaven and on earth (Matthew 28:18). But actually the exercise of this power waits until its parousia. It is “the world to come” that will actually be subject to Him (Heb. 2:\ 5).

The work of God in our day is the gathering of a people who share Christ’s position at God’s right hand (Col. 3: 1-4). This “exclamation” forms a union with Him as Head and body are (1 Cor. 12:13). It is the standard term Paul uses for the ekklesia in our day. As Head, Christ Jesus is incomplete without this ekklesia (Eph. 1:22, 23). Together with the Head Christ Jesus, this (governing) body will share in His dominion over heaven and earth (Eph.1:10,11). She shares as “incorporated” in the promises previously promised to Christ (Eph.3:6). Together with the Head, she is at the top of the hierarchy in the universe. That is the dizzying height to which she is predestinated by God!

Anyone who understands the above will understand why Paul in his letters always refers to Jesus as “our Lord” but also as “the Head”. However, he never speaks of Him as our King. The theological term “King of the church” is widespread, but it is no less misguided. First, because Jesus Christ will not appear as King until the future. And secondly, because He has a very different relationship to the present ekklesia. Individually He is “our Lord” and for us as a collective (“the ekklesia which is his body”) He is the Head.

This Head-body relationship is a totally different kind of relationship from that in which the nations will soon stand with him. To them He will be “the great King” (Matthew 5:35). As also for the people of Israel. Although He also has a completely unique relationship with that people, namely as a Bridegroom. After all, Israel is the bride (John 3:29; Hos 2:18) with which the new (marriage) covenant will soon be concluded. The nations, on the other hand, are invited as guests to celebrate the feast of the wedding, i.e., the Millennium (Rev. 19: 9).

It does not fit in the current ekklesia to address Jesus Christ as King. Or as (our) Bridegroom. He is both, yes, but not in our relationship to Him. The biblical panorama is wide and varied. All creation and every creature is related to Jesus Christ. After all, every knee will eventually bow to Him and every tongue will confess it to the glory of GOD the Father (Philp.2: 9-11). That is a universal agreement. There is also a colorful variation in proportions to Him. But no relationship with Him is as intimate as the people added to Him today. Because “the ekklesia is His body”! 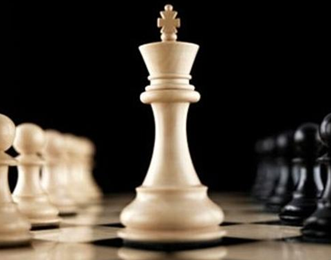