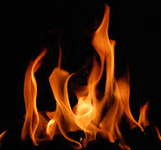 There is no doctrine that is so at odds with that what Christianity pretends to to proclaim, as the dogma of an endless hell. Christianity claims to preach the love of God, as is expressed at the beginning of reformatory church services, namely:

Our help is in the name of the LORD, Who made heaven and earth, Who keeps faith and never abandons the works of His hands...

Are these not great words?! The trust is pronounced in a God Who created everything and never relinquishing His creatures. That is undoubtedly a good news message! The hypocrisy lies in the fact that in the same church service people are warned of damnation, hell or eternal death. In other words, what is announced as a rich promise in the beginning, is rock-hard denied, later on. Because, EITHER, God does not forsake the works of His hands, OR He maintains an endless hell and damnation. It is hypocritical to say the first, but to mean the second. Judgment, sentencing and punishment are Biblical givens. Man was driven out of the Garden of Eden. God devastated the earth with a great flood. Sodom and Gomorrah perished in fire and brimstone. Israel was sent into exile. And so on. But never is punishment in Scripture a final destiny. Judgment and condemnation are temporary measures with a corrective nature. God’s wrath is always at the service of His mercy. As the psalmist says (30:6):

For his anger is but for a moment, and his favor is for a lifetime.

The relationship between God’s wrath and his favor is as a moment compared to long life. God judges, i.e. He does right and He puts things right. In orthodox Christianity, however, this logic is considered to be “the heresy of the reconciliation of all”. How did this come about? The answer is found in the early history of the church, when the Greek word ”aion” (age, world period), was translated with “eternity” and the adjective”aionios” with “eternal”. That was ever so tragic, because now there was no longer any thought of an “eonian punishment” (Mat.25:46) or of an “eonian destruction” (2Thes.1:9), but an eternal punishment and everlasting destruction. Consequently, endless. “The smoke of their torment are ascending for the eons of the eons” (Rev.14:11) was, henceforth, to last “forever and ever”. Behold, the creation of a horrible, never-ending fate … Entirely in line with this, they made a concrete location near Jerusalem (the Valley of Hinnom = Gehenna) into a “hell”. All the fine words about God’s love and loyalty were overpowered by this threat. The doctrine of hell, became ‘the big, threatening stick’ to become a Christian. Hence, to let go of this doctrine is considered absurd: it would take away the motivation to “evangelism” and mission work… If God is angry perpetually and punishes endlessly, then He is a terrible demon, worse than any psychopathic war criminal. The idea is based on distortion of the words of Scripture, with the result that God is made out to be a devil. It is impossible to believe this and, at the same time, believe the Good News Message of the Saviour, the Vivifier, the Jusitifier and Reconciler of all (1Tim.4:10; 1Cor.15:22; Rom.5:18; Col.1:20).