| Blog English | How could Jesus do all those miracles?

How could Jesus do all those miracles? 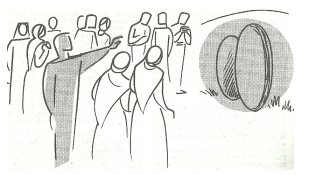 If Jesus Christ is not God, how could He do all those special things?, so I was asked in response to the recent weblogs which I had posted concerning the identity of the Son of God. Jesus changed water into wine, made the blind to see, the deaf to hear, healed the seriously ill, multiplied a few loaves of bread into a large amount, commanded the dead to rise, and so on. Does this prove that Jesus was “God the Son” on earth, as many believe? No, listen to the statement of Peter, which he made in the house of Cornelius, about …

… Jesus from Nazareth, as God anoints Him with holy spirit and power, Who passed through as a benefactor and healer of all those who are tyrannized over by the Adversary, for God was with Him. Acts 10:38

Peter did not say: because He was God, but God was with Him. God anointed Jesus with the holy Spirit and with power and for that reason Jesus went about “doing good and healing all”. And Peter continues:

39 And we are witnesses of all that He did, both in the country of the Jews and in Jerusalem; Whom they assassinated also, hanging Him on a pole. 40 This One God roused the third day …

“God was with him” and it was God who on the third day resurrected Jesus from among the dead. All these things would have no meaning if Jesus, Himself, were God. ——————————— translation: Peter Feddema