| Blog English | gifts given until 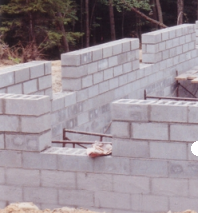 11 And he gave some, apostles; and some, prophets; and some, evangelists; and some, pastors and teachers; 12 For the perfecting of the saints, for the work of the ministry, for the edifying of the body of Christ: 13 Till we all come in the unity of the faith, and of the knowledge of the Son of God, unto a perfect man, unto the measure of the stature of the fulness of Christ: 14 That we [henceforth] be no more children, tossed to and fro, and carried about with every wind of doctrine, (…) may grow up into him in all things, which is the head, even Christ. Ephesians 4 (KJV)

until Paul, in Ephesians 4:11, speaks about gifts which the ascended Lord has given to the ecclesia; not in order to give these continuously, but with an explicit “till”, “until” or :”to the end”. Once “the masculine maturity” and “the measure of the growth” is reached, in short, when the ecclesia “is no longer immature”, the giving of these gifts would become a thing of the past. Already earlier, Paul had written about “the foundation of the apostles and prophets.” A foundation is laid in the beginning. Apostles were directly authorized by Christ himself. Prophets were men who have passed along the Word of God with authority. They were evangelists, that is, heralds of the Good News and they were shepherds to “feed the ecclesia of God” with God’s Word. They have as teachers taught the Word of God. These five functions all point to the Word of God, which they were mandated to present and write down. When Paul completed the Word of God (Col.1:25) and “all Scripture”, as a testament, passed on to Timothy (2Tim.3:16, 4:13), it became the basis for “the unity of the faith”. One in the belief of the Scriptures! mature and stable amid confusion The adult status of the ecclesia of which Paul speaks is not a condition which will be reached until the hereafter. No, it is the present reality since “all Scripture” is in our possession. While many around us are “tossed about by every wind of doctrine”, we as believers are able to hold fast the truth (which is written black on white!) and to grow up in love for Him who is our Head. In summary: the gifts of Ephesians 4:11 refer us of the men who have completed the Word of God. Since then, the ecclesia is grown-up and mature. ——————————— translation: Peter Feddema