Galatians 6:3 – Nothing of our own


For if anyone is supposing himself to be anything, being nothing, he is imposing on himself.

The “for” in this verse indicates that it is a further explanation of the foregoing. I delude myself to be a great deal when I suppose, for example, that I would not be prone to make a mistake (6:1). Or by feeling elevated above someone who carries a heavy burden (6:2) and is about to collapse under it. Such an attitude is not only arrogant but also stupid and pure self-deception. For insofar as a man is something, it is so because GOD gives him this ability. For what has a man which he did not obtain? (1 Cor.4:7)? Nothing!

More than ever, we live in a time in which GOD has been explained away and man is told to ‘believe in himself’. Arrogance and pride have become a philosophy of life. Self-development is considered the highest good and when something or someone stands in the way, we are told primarily to ‘choose for ourselves’. With such deceptive advice, marriages are broken, and families are broken.

A “spirit of meekness” (6:1) begins with true self-knowledge, i.e., with the recognition that without GOD I am or represent nothing at all. The fear of Him is the beginning of wisdom. 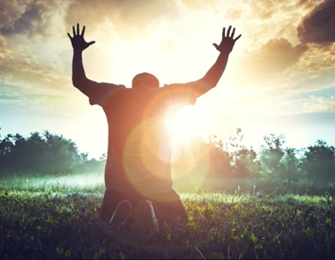