Now I am saying, Walk in spirit an you should under no circumstances be consummating the lust of the flesh.

We encountered the contrast between spirit and flesh twice before in this letter (3:3 and 4:29). In both cases Paul was not referring to the human spirit (as in 1Cor.5:5) but to God’s Spirit, as in Rom.8:4-9.

4:29 centered on the contrast between Ishmael, who was begotten “after the flesh” and Isaac, who as a child of promise was begotten “after the Spirit.” It was obvious that they were utterly powerless in their own right to contribute to God’s promise. In fact, insofar as their flesh contributed (> the Abraham and Hagar affair), it only frustrated the fulfillment of the promise. Where God promises, He is also the One who performs. He vitalized the dead bodies of Abraham and Sarah. Behold the resurrection power of God’s Spirit!

Paul calls the Galatians to walk in that Spirit, that is, to expect it in every step of our life from the God who promises and thus makes us live by his Spirit . He makes his word true and in us. Then we will not (slavishly) satisfy the lust of the flesh. That is not an order, but a statement! 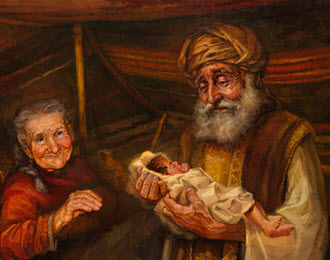